Heritage streetlights being ripped from our City centre! 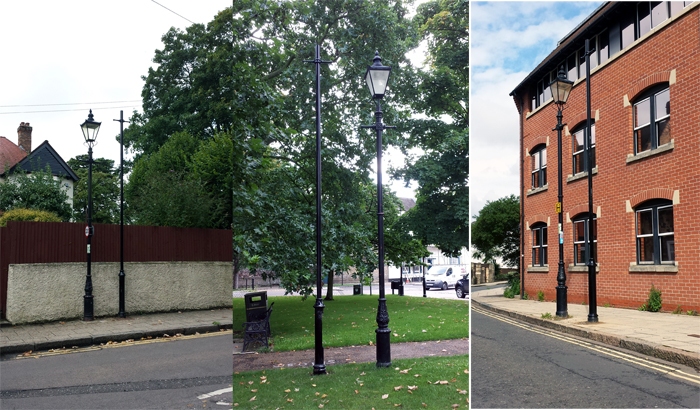 Balfour Beatty have struck at our heritage streetlights – such an important part of our tourist City – supported by the Conservative controlled County Council.

Cambridgeshire County Council want to save money and, along with many Councils, have identified street lighting as an area to lighten the budget.

The County Council decided that a Private Finance Initiative was the way to go: lock Council tax payers into a long term contract, for the operation, supply and maintenance of the whole street lighting infrastructure.

The only benefit: the borrowing is effectively off balance sheet, but at what cost?

To make a profit, without increasing the cost, the service has to be reduced, and all private companies will be seeking to make a profit.  Part of this is achieved by using lower energy lights.  In fact, part of the PFI is for the replacement of the lighting heads or the entire street lamp for every light across the county.  Lower power lights and lower quality street lamps as Cambridge found that the new streetlights weren’t strong enough to support the CCTV cameras.

But in Ely, the problem amounts to cultural vandalism: the Conservative County Council approved the plans, the Conservative District Council did nothing about the plans and it was only when City Councillors, concerned for our City, realised that heritage lights in conservation areas were being replaced with standard steel lights, that Balfour Beatty were forced to stop.

The County Council were forced to listen to the City Council.  Now we need to make sure that the cultural heritage of our city is not destroyed by the actions of ill-conceived private finance initiatives.