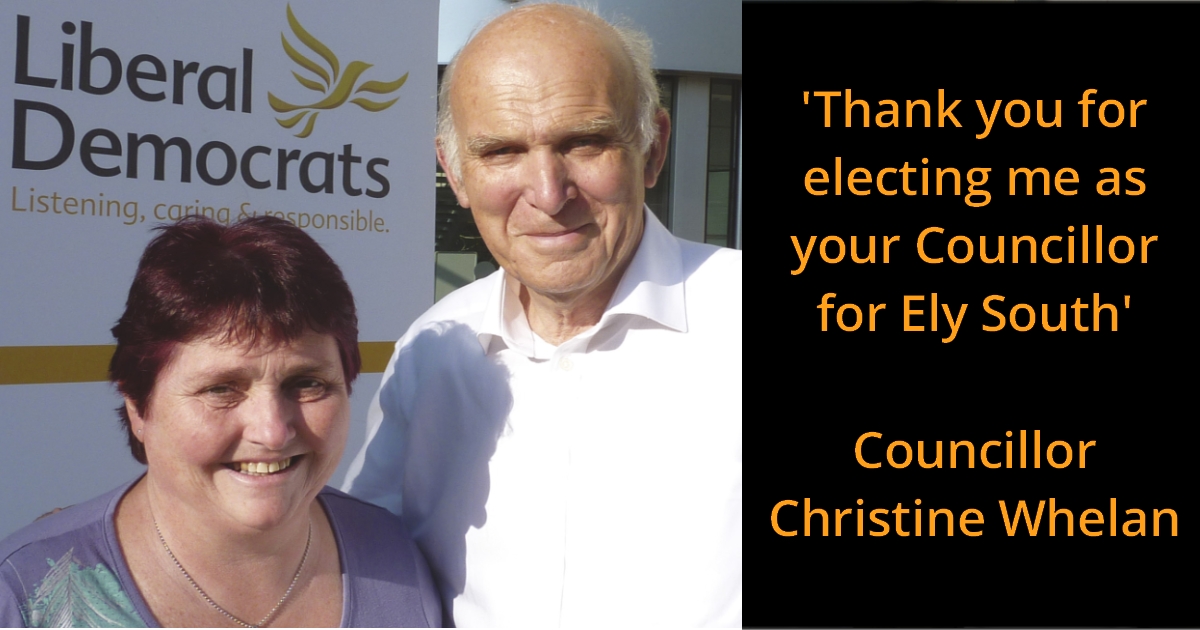 Christine Whelan with Vince Cable (Leader of the Liberal Democrats)

I've taken a weekend of from everything to spend a little time with my family. But now another week has begun and with it there is a new aspect to my life because we won on Thursday.

I was a little in shock to say the least when the result was announced. I was hoping that I had done enough and certainly a lot of voters I spoke to indicated they supported my views. I knew it was a difficult task as the conservatives have held the seat for the last 4 district and County elections.

I have a number of official tasks to complete before fully getting into my role as your Councillor for Ely South and I welcome your views on issues affecting our City.

A proper contact page will be set up here for you to use shortly but in the meantime, you can find me via the Council website or on Facebook.